Dannielle M. Glaros (D-District 3) was elected to her first four-year term on the Prince George’s County Council in the 2014 General Election and was re-elected in 2018. After serving for two years as Vice Chair of the Council, Glaros was elected by her colleagues to serve as Council Chair for the 2018 Legislative Year. She is the Chair of the Council’s Planning, Housing and Economic Development (PHED) Committee and a member of the Transportation, Infrastructure, Energy and Environment (TIEE) Committee. Glaros serves as Vice Chair for the Metropolitan Washington Council of Government’s Region Forward Coalition and is the Council’s representative on the National Capital Region Transportation Planning Board (TPB). Glaros chairs the Prince George’s County Housing Opportunity for All Workgroup and is the co-chair of the Purple Line Corridor Coalition’s Purple Line Caucus.

In 2015 Glaros was honored by the Center for Nonprofit Advancement with the Phyllis Campbell Newsome Public Policy Leadership Award. This award recognizes the work of elected or non-elected public officials who have gone above and beyond in partnership with the nonprofit sector to ensure more vibrant communities.

A graduate of Leadership Greater Washington, Glaros holds a master’s degree from the University of Maryland School of Public Policy with a focus on environmental policy. She earned her undergraduate degree in economics and geography from Bucknell University.

She and her husband, Steve Glaros, have two children, Lillian and Evan, who both attend Prince George’s County Public Schools. They live in Riverdale Park, where they are in the process of restoring their historic home. Glaros is a Girl Scout troop leader and member of St. Andrew’s Episcopal Church in College Park.

We are Proud to Be Counted! 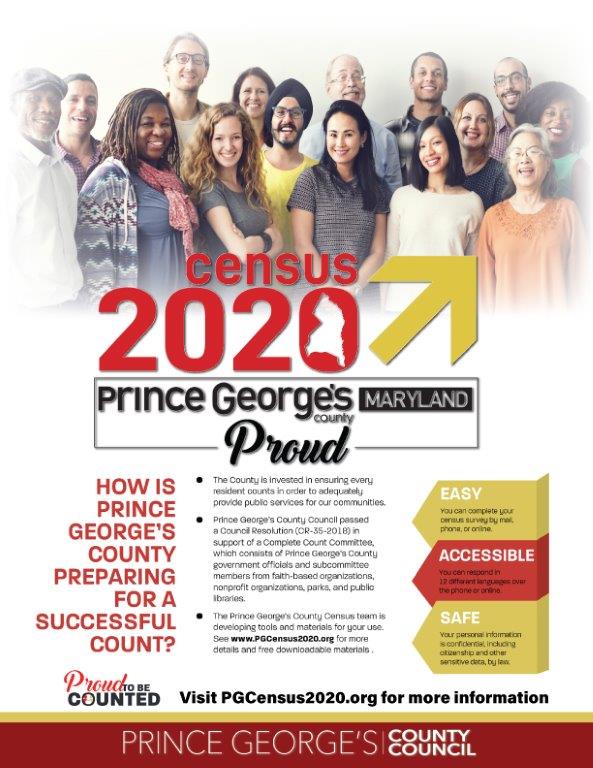